Tour of Britain Stage 5, a great success for The Eden Valley

Tour of Britain Stage 5, a great success for The Eden Valley

What a week it was throughout the country for the 2015 Tour of Britain. On the whole good weather but stage 5 with the highest summit finish in TOB history, was the stand out and that’s not just us being bias with it being in Cumbria!

Stage 5 dropped down from Carlisle across to Ullswater and long the stunning lake before heading across to the Eden Valley with the finish and pinnacle of the Skoda King of the Mountains points, the 1903 high, Hartside Pass. Over 5000 people lined the pass with the majority at the finish line. They were rewarded with great weather, a great atmosphere and a win by a British team, Wout Poelsthe of Team Sky. Television viewers got to see in great slender the fantastic and diverse landscape of the Lake District and Cumbria that is made for cycling, visiting and walking. 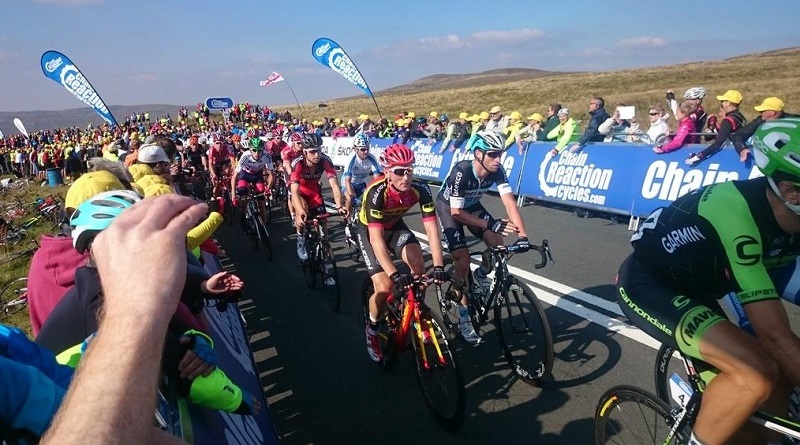 Many cyclists and motor bikers will know of this road but for those who didn’t, it really put this area on the map and the turnout of businesses, locals and visitors was immense, everyone really did do Cumbria proud and surely the reason why the county was chosen to host 2 stages this year.

The Eden Valley and Penrith sit perfectly between the Northern Pennines and the Lake District. Cycle routes are plentiful for any ability whether it’s just for a leisurely tootle or taking on the mighty 8km climb of Hartside Pass, the equally as challenging Great Dun Fell or the slight gradients within the Lake District.

The Cumbria Tourism GoLakes website has some great routes in and around the Eden Valley and North Pennines including Penrith, Ullswater and Alston which can be downloaded by clicking here, http://www.golakes.co.uk/adventure-capital/cycle-guides-download.aspx with many that can be started from Roundthorn Country House Hotel. Roundthorn makes an ideal base, there is a large private car park and the hearty supper menu is just the ticket post epic Eden cycle! Visit https://roundthorn.co.uk/ to book a short break and take advantage of cycling in the Eden Valley.